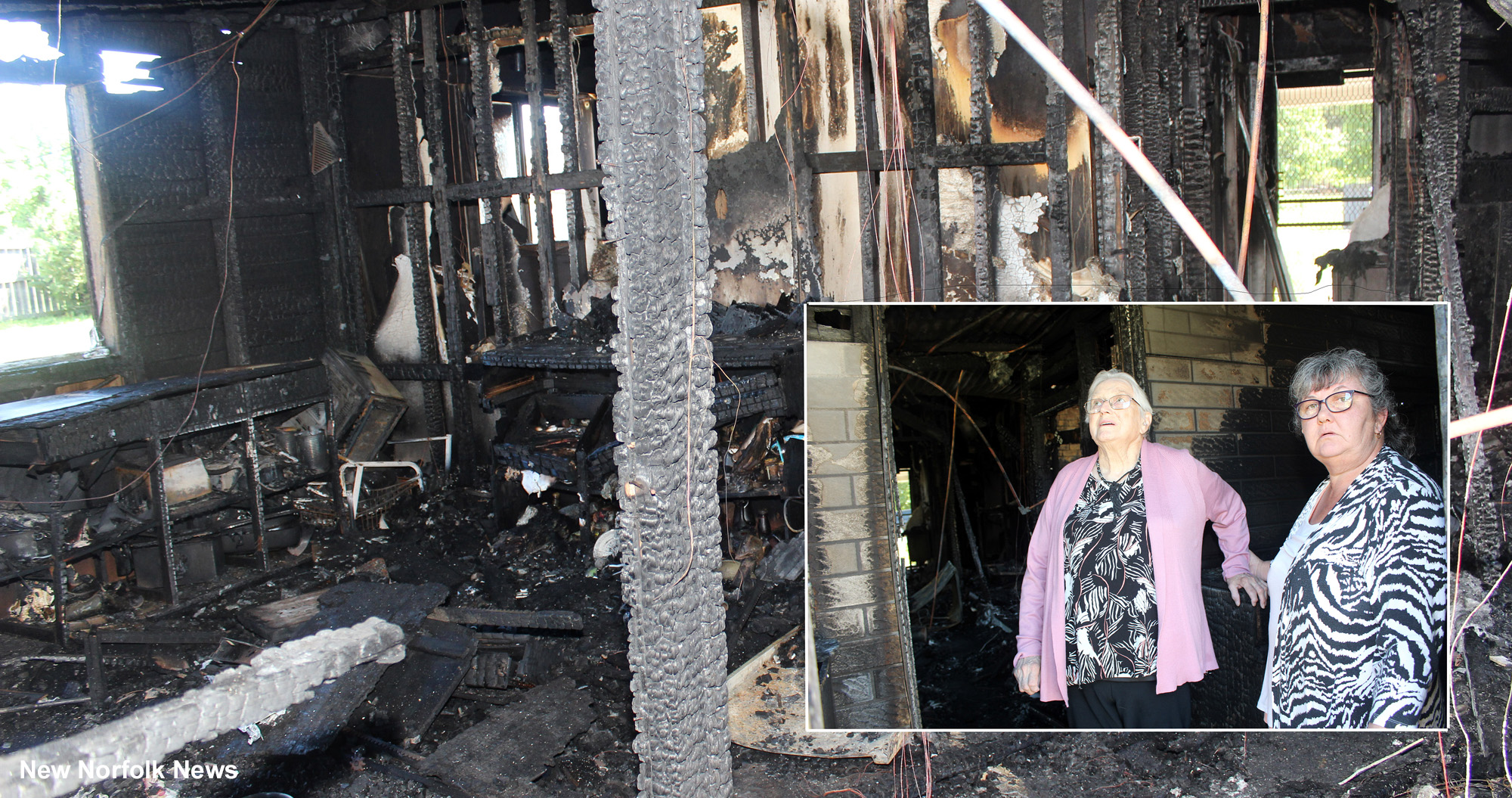 THIS week’s 24th print edition of New Norfolk and Derwent Valley News details the response of the Ouse community following the recent fire that destroyed the house of local resident Wendy Hean (pictured above with friend Fran McDonald).

The community quickly threw its arms around Wendy, who was away from home babysitting when the house accidentally caught fire on the night of October 30. Despite the best efforts of the Ouse, Hamilton, Gretna and Ellendale fire brigades, the Water St house could not be saved. The damage was estimated at $350,000.

The town sprang into action on the night of the fire. Emergency accommodation was quickly organised for Wendy and for her neighbour whose home had been threatened by the fire and sustained some damage.

A raffle was soon being put together by the Ouse and Highlands Alive group, and the Ouse Country Club assisted Wendy by donating all proceeds from meals sold during a fundraising night. The club later thanked everyone for the big turnout and reported that $1231 had been raised.

Tickets are on sale at the Lachlan Hotel, Ouse, and at other locations in the Central Highlands and Derwent Valley including the Quilted Teapot Cafe in Bathurst St, New Norfolk. Anyone wishing to sell or buy tickets is welcome to call the hotel on 6287 1335 or email franemacdonald@hotmail.com.

Spokeswoman Fran McDonald said Mrs Hean was a well-known and loved community member who had done much for the town in the past. “We would like to do a little something to help Wendy get ready for Christmas,” she said. In response, Wendy said she was deeply touched by the community response to her situation and she hoped to be able to repay the favour in the future. 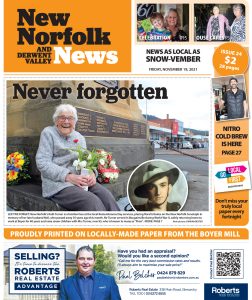 Tomorrow’s issue of New Norfolk and Derwent Valley News is the 24th in total. The 28-page issue includes about 50 items of purely local news including an obituary for the late David Rubock senior, who operated the Oven Door Bakery in New Norfolk in the 1970s and early 1980s.

There are several pages of social photos including the recent Melbourne Cup Day at The Valley Sports Bar, the opening of the Ouse Op Shop and Karen Vaughn’s 60th birthday. There are also several photos from Remembrance Day at New Norfolk, including Pixie Turner on the front page. There are two puzzle pages, a two-page TV guide, news about the arrival of Tasmania’s first Nitro Cold Brew Coffee at the Eagle Snack Bar in New Norfolk.

Other sellers include the Lagoon Store, Granton; Claremont Newsagency; Kingston Nextra; Glenorchy Central News; Moonah News, New Town Plaza, Elizabeth Mall News and Salamanca News. You can even pick up a copy at the Mood Food in Kempton or the Longford Newsagency.

Readers in any part of Tasmania can ask their preferred newsagency to order them a copy via the Mercury as the distribution agent. New Norfolk residents can ask the Norfolk Newsagency to organise for a paper seller to visit within the town boundaries. More distant readers might prefer to download a copy from newnorfolknews.com.

The ongoing support of readers and advertisers is greatly appreciated. Feedback on the paper is invited by emailing damian@newnorfolknews.com