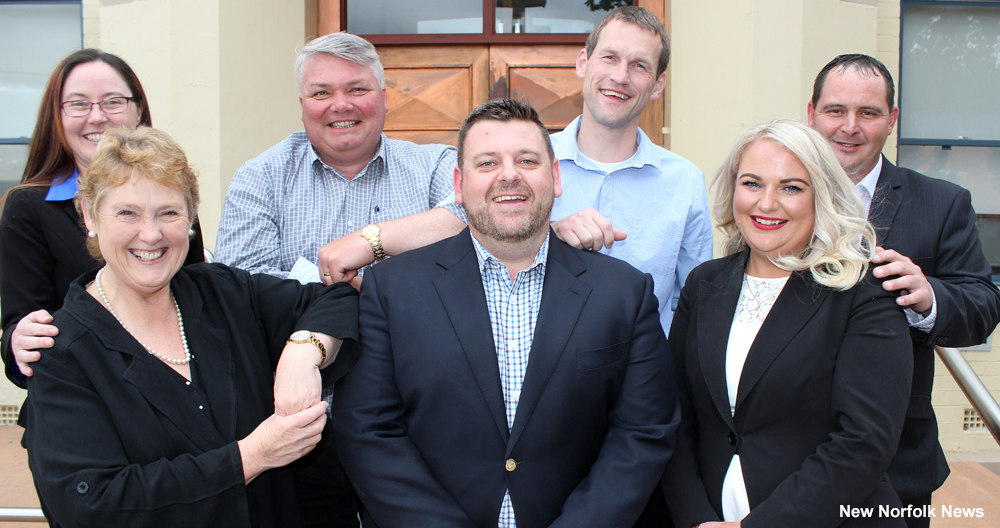 A BY-ELECTION is likely to be held in the new year to elect a new mayor and councillor to replace Ben Shaw who has announced his immediate resignation today. In a post on Facebook this morning, Mr Shaw said the demands of the mayoral role, full-time work, and “social media warriors, certain media, and a minority of despicable community members” had made his position untenable.

Mr Shaw’s resignation follows that of his chief rival for the position of mayor at the last election, Paul Belcher, earlier this week, and the loss of former mayor Martyn Evans when his seat was declared vacant due to his absence from three meetings.

Mr Shaw’s Facebook post is reproduced without alteration: “Today i have notified the GM of council Dean Griggs of my immediate resignation of the office of Mayor and councillor on the Derwent Valley Council. This was an extremely tough decision because of the love I have for my community and changes I have been able to make, but one I have been grappling with for some months now. Most will know that I had an unsuccessful run earlier in the year at state Parliament, after that tilt I decided to re-enter the full time workforce for mine and my families financial stability and support, most will not know that small regional mayors do not get very well compensated so this was a critical decision, but with that obviously carries extra workload and pressures, of which I have now decided I can’t cope with and it’s not fair on my health mentally and physically or the health and happiness of my family. And the council and community deserve to have someone fully focussed on the role.

“Added to this is what seems like a concerted effort to bring me down by social media warriors, certain media and a minority of despicable community members who are allowed to go unfettered and without consequence spreading vile misinformation, rumours and lies with no regard to mine or my families mental health, to have personal lies about myself and my family including my children spread around social media is nothing short of disgusting, local government is just not a safe place in today’s world and unfortunately I don’t have the energy to fight anymore. I am extremely proud of what I have achieved and contributed Over a 7 year period I set about to shake up and get things moving and if you go back 7 years and look at where we are now it’s an amazing leap forward and I’ll forever be proud of being part of that, while I love my community and my contributions no position is worth the safety and health of your loved ones.

“I understand there is concerns about the councils functionality and with this being the 3rd elected member in a fortnight to depart council but I want to assure everyone that the council administration is in the absolute best shape it has been in decades, we have an amazing workforce at council led by a brilliant General Manager in Dean Griggs, the strategic foundation has been laid and is gradually being implemented, so don’t get too wrapped up in the politics of council as there will always be comings and going’s in that space and councils will always roll on regardless. I wish to thank the amazing support I’ve had while on council from both staff, elected members the community and especially my family for allowing me to do this role. the negatives are in the minority but they are noisy and unfortunately it’s time for me to depart and focus on me and my family.

“This will be my only statement I’ll be making I will not entertain calls from media and do not wish to elaborate further, this can be used in media or any other communication. my Facebook page will be shortly shut down and I’d like to ask given the nature of what I have said that we be given some respect and privacy.”

Picture: Ben Shaw and the other councillors elected in 2018 (Anne Salt was absent). Four of the eight have since resigned and another had their seat declared vacant.