Skip to content
PrevPreviousWarning: Windy weather continuing
NextLots happening in the countdown to Christmas in the ValleyNext 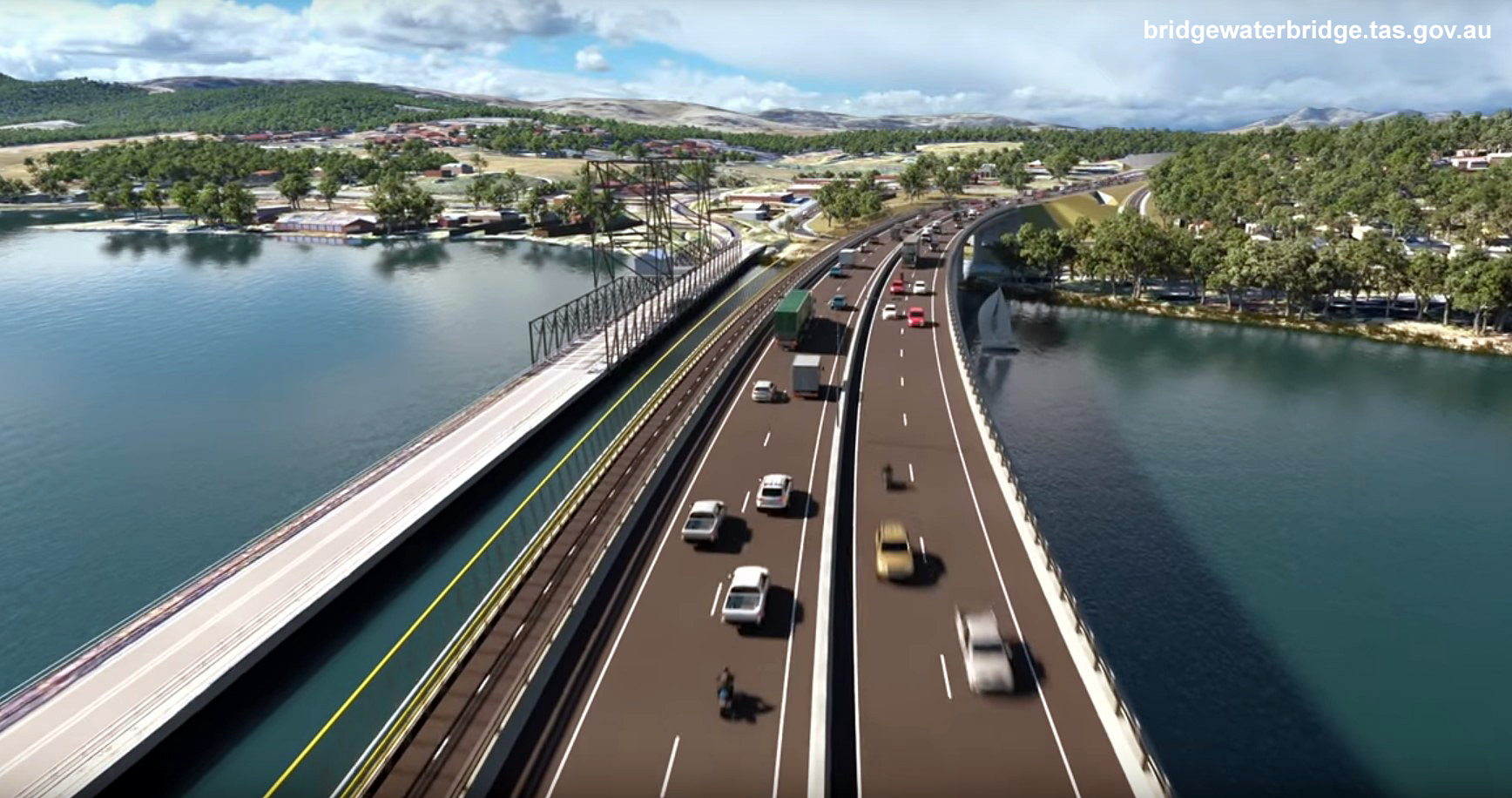 MOTORISTS travelling to and from the Derwent Valley have been promised an easier run onto the new Bridgewater Bridge in the final design which has been released today as well as the naming of McConnell Dowell as the contractor chosen to start building the bridge next year.

Instead of having to negotiate several roundabouts as proposed in previous designs, the final plans promise that people travelling between Hobart and New Norfolk will not have to negotiate any at all, but joining the bridge at Granton to travel north will involve a roundabout and a partial cloverleaf.

On the Bridgewater side of the river, the new design provides a direct link from Boyer Rd onto the bridge for traffic travelling south. The $628.8 million bridge will be built on on the downstream side of the existing structure and work is due to start in the second half of next year.

“McConnell Dowell’s chosen design features a new, four lane bridge downstream of the existing bridge including enhanced interchanges at Granton and Bridgewater, a safe shared pathway for cyclists and pedestrians and a navigation height matching the Bowen Bridge. The upgrade will benefit the 22,000 people that travel across the bridge each day, including local residents, commuters and freight vehicles and will fix the missing link in Tasmania’s national highway,” Mr Ferguson said.

“Following extensive consultation on the project’s reference design in late 2020, a number of enhancements have been incorporated by McConnell Dowell into their design including direct access from Bridgewater onto the new bridge and an uninterrupted connection between the Brooker and Lyell highways,” he said.

“The message from the Derwent Valley community was the need for a more direct route from the Brooker Hwy towards New Norfolk, rather than having to stop at the roundabout at Black Snake Rd. Traffic will now be able to travel from Hobart to New Norfolk and back without having to travel through a roundabout. Likewise in Bridgewater, the community were vocal about the need for better links for local traffic. Based on this, the chosen design has incorporated an on-ramp from Boyer Rd directly onto the bridge for traffic travelling south.” 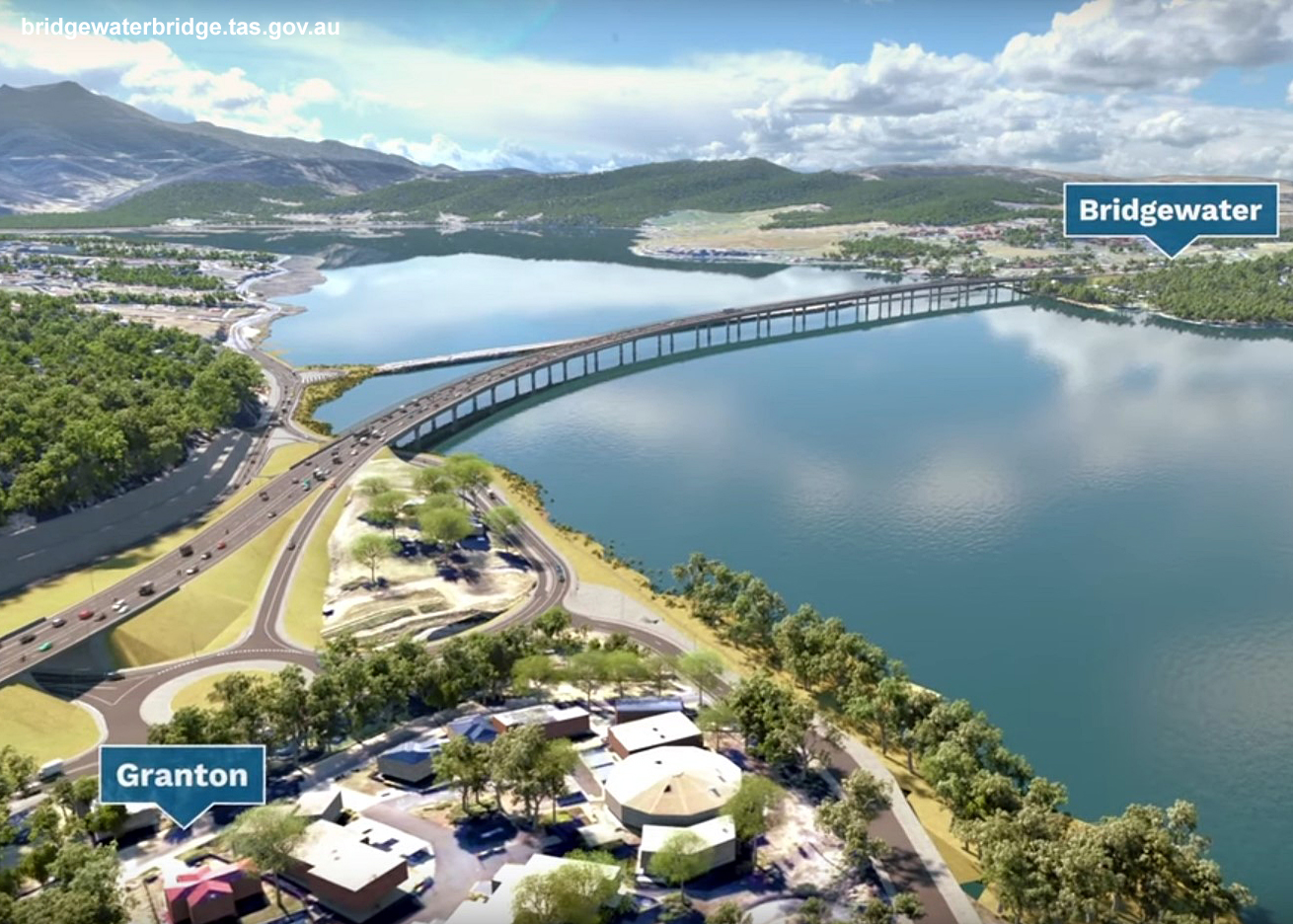 Mr Ferguson said the project would support an average of 830 direct and indirect jobs, and Tasmanians would benefit from the creation of more than 200 new roles for locals, with 25 per cent of those to be recruited directly from Brighton, Derwent Valley and Glenorchy local government areas.

“The new Bridgewater Bridge will cut travel times for Tasmanian commuters, create jobs by improving freight routes and boost the local economy. The project team will continue to engage with the community and the project progresses towards the start of construction in the second half of 2022,” Mr Ferguson said.

Derwent Valley Council acting mayor Jessica Cosgrove welcomed the updated design for the bridge. “Following a formal submission from council and extensive consultation undertaken by the project team, we are pleased to see that the design has been updated making access through the Granton area more streamlined and quicker for our community to use,” Councillor Cosgrove said. “On behalf of our community and the Derwent Valley Council, I would like to thank the Tasmanian Government for listening to our concerns and I look forward to seeing the end result.” she said. 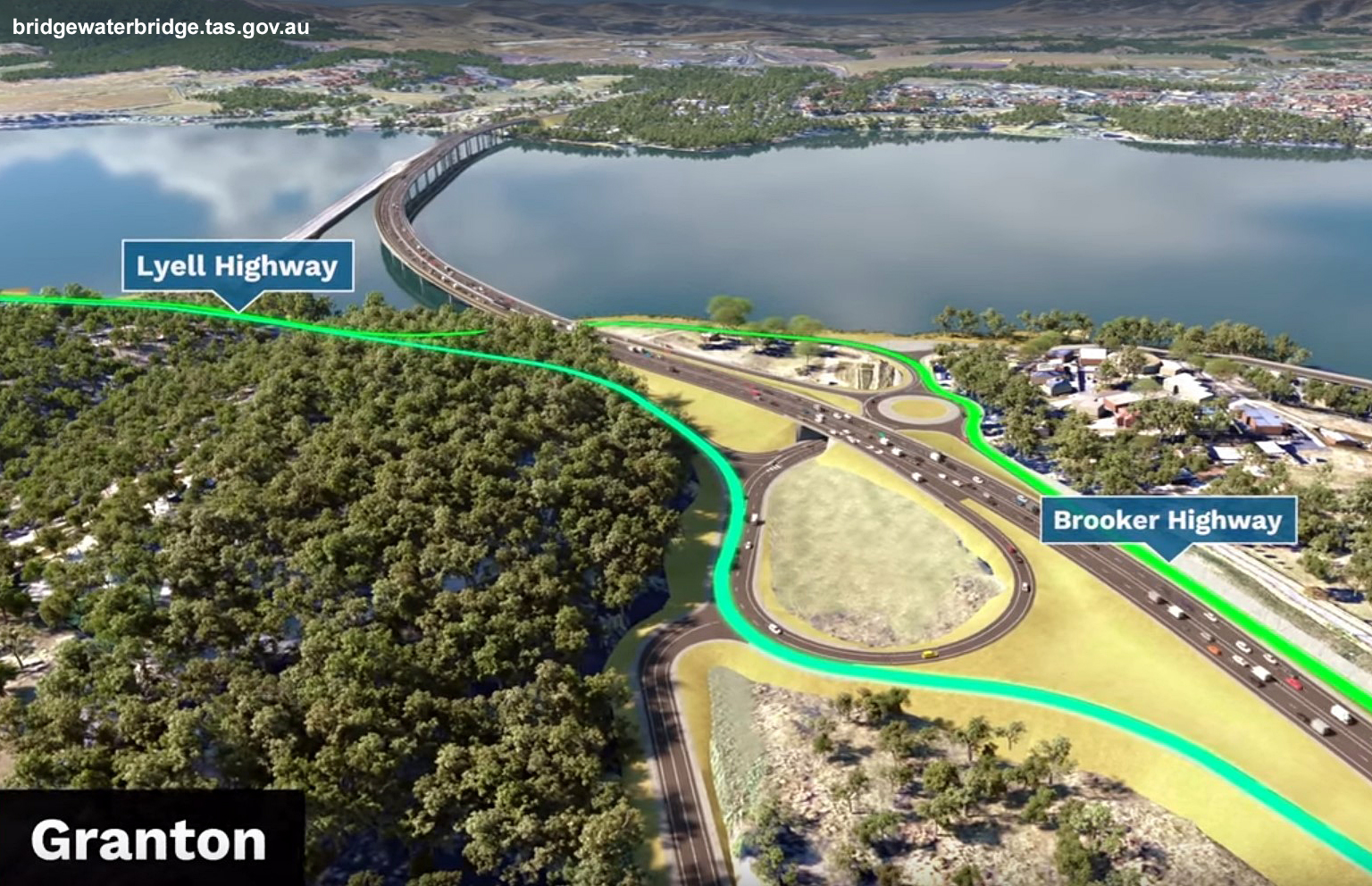