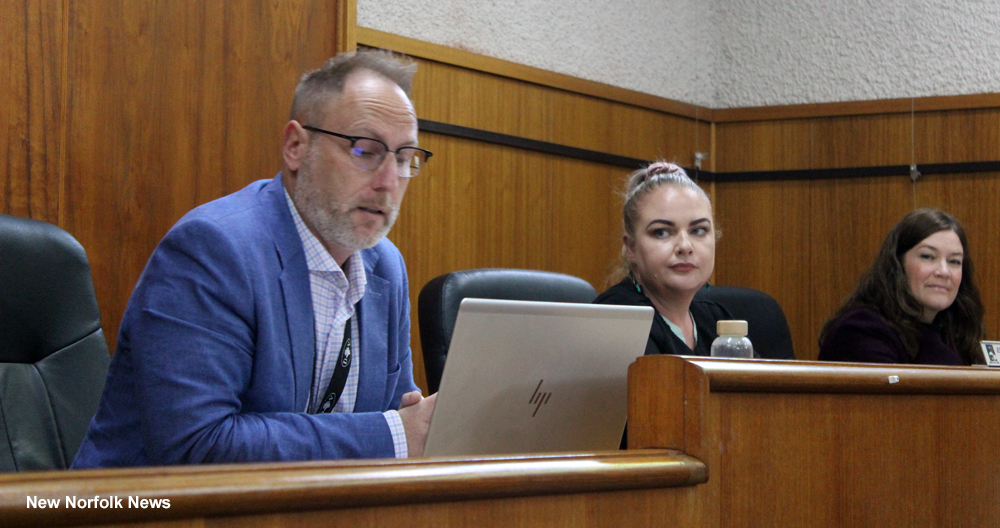 THE Derwent Valley Council will attempt to reschedule its annual general meeting to be held in January after last night’s meeting was abandoned on a legal issue. From the public gallery, former council general manager Steve Mackey said the council had failed to comply with the Local Government Act and the meeting should not go ahead.

Mr Mackey said legislation governing councils required the annual general meeting to be advertised not less than 15 days before the meeting was held, and that residents and ratepayers must be invited to make submissions in response to the council’s annual report. His comments were supported by several others in the gallery by way of interjection.

In the absence of mayor Ben Shaw from the meeting, deputy mayor Jessica Cosgrove asked general manager Dean Griggs to respond. Mr Griggs said the council had complied with the requirements by advertising its full schedule of meetings in the Mercury newspaper and Derwent Valley Gazette in December last year, as well as advertising the AGM in the Mercury on December 4 and 6 this year.

Mr Griggs said he had forwarded those details to the director of local government yesterday afternoon and was awaiting a response. “In my view, that is 12 months both in a daily newspaper (inaudible) and in accord with the Act,” Mr Griggs said.

Mr Mackey said the bulk advertising of the yearly schedule of meetings did not apply to annual general meetings. “When it comes to the AGM, it must be advertised and held no earlier than 14 days from the date that the notice first appears in the paper,” Mr Mackey said. “I take the first day of that appearing in the paper to be the 4th of December and the next time it was advertised was the 6th of December. My maths is not brilliant, but 14 plus four does not make tonight,” he said. “The simple fact is it is not in accord with the Act.”

Mr Griggs said his advice to the acting mayor was to proceed with the meeting. “As I said, I’ve sent that through to the director this afternoon and we’ll wait for their feedback. From my conversation with them they were happy for the meeting to proceed,” Mr Griggs said.

“I suppose the good news is we’ve got more attendance than we did last year, and it’s actually a really good turnout so something’s worked in terms of the notification getting people here. Whether it’s compliant, we can wait for the arbitration,” Mr Griggs said. Mr Mackey disagreed, saying the intent of the Act and Regulations were clear. “Not even I can manipulate the interpretation of that, and I defy the director of local government to do the same,” he said.

Mr Griggs said he was happy to take the advice of the director, prompting an interjection from Mr Len Butterworth saying the advice would be received after the fact. Mr Griggs conceded that the meeting probably should have been advertised earlier but be believed the council had met its obligations.

Mr Mackey said it was quite clear the council should have advertised earlier, and he said councillors must also share the blame for not noticing that other councils were advertising their AGMs and asking whether the Derwent Valley Council should be doing the same. Former councillor Wayne Shoobridge asked what would happen if the director’s advice was that the meeting should not have proceeded. “It’s an illegal meeting,” local resident Darren Graham said.

This prompted Cr Natasha Woods to move that the meeting be deferred until 14 days from when it could be advertised in a daily newspaper. The motion was seconded by Mr Shoobridge and was endorsed by four councillors and 12 members of the public, with Cr Luke Browning abstaining from the vote. “The motion is carried and this meeting is abandoned,” Cr Cosgrove said.

The meeting ended with a discussion in the public gallery about the absence of the mayor, which was not explained to the meeting. Cr Julie Triffett objected. “Point of order, deputy mayor, that is derogatory towards the mayor and we have closed the meeting,” Cr Triffett said.

Cr Cosgrove then declared the meeting closed at 5.58pm. The monthly meeting for December started about five minutes later and proceeded without incident.