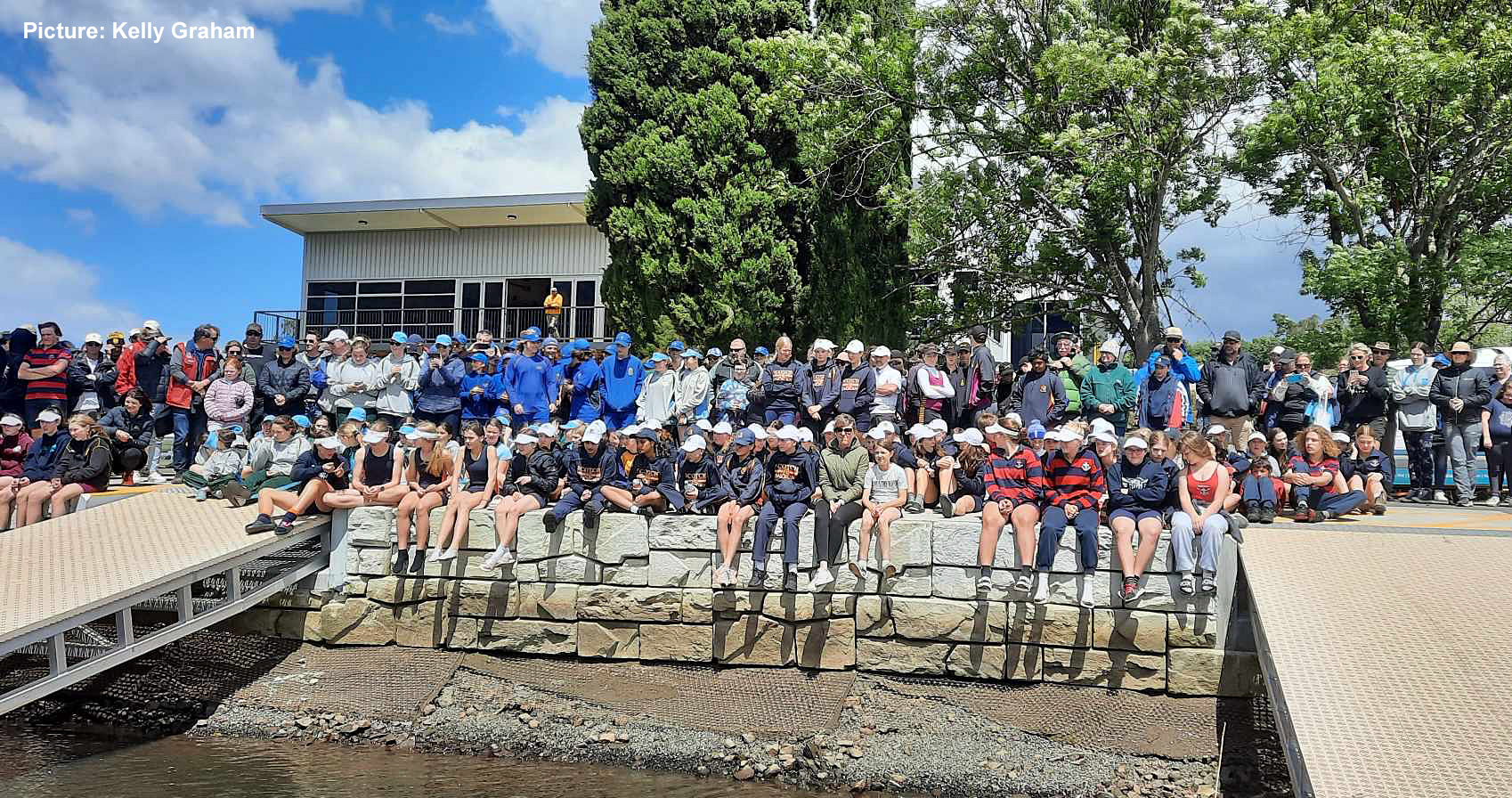 With just on 440 rowers entered, the crowd swelled to around 1000 when officials, volunteers and supporters were added. All were highly entertained by the novel event. Only quad boats (four rowers each with two oars, plus a cox) were used, and all rowers rotated between the boats.

As each race finished and returned to the ways, the next crew replaced them and headed to the start. This avoided any hold-up with boats having to be removed from the water. A couple of spare quads were kept handy in the event of mechanical difficulties.

The regatta catered for boys and girls in the Under 13, Under 14 and Under 15 age groups, with the largest representation being in the Under 14 girls group. Results – Boys A finals Under 13 Friends: Under 14 St Virgils, Under 15 St Virgils; Girls A finals: Under 13 St Marys, Under 14 Scotch Oakburn, Under 15 Fahan. With points awarded for all placings, the overall school placegetters for the inaugural shields were – Boys: Friends 1st, St Virgil’s 2nd, Hutchins 3rd; Girls: St Mary’s 1st, Scotch Oakburn 2nd, Friends; 3rd.

NNRC Peter Nicholls president said he was delighted with the day and how well it had been conducted, and he was looking forward to next year’s event. St Virgil’s College director of rowing Oliver Wilson-Haffenden said the New Norfolk rowing course was the best in southern Tasmania and The Friends’ School’s head of rowing, Anthony Edwards, said the organisers were overwhelmed by the response from all the schools from the south and north and the compliments received on the conduct of the event were much appreciated. 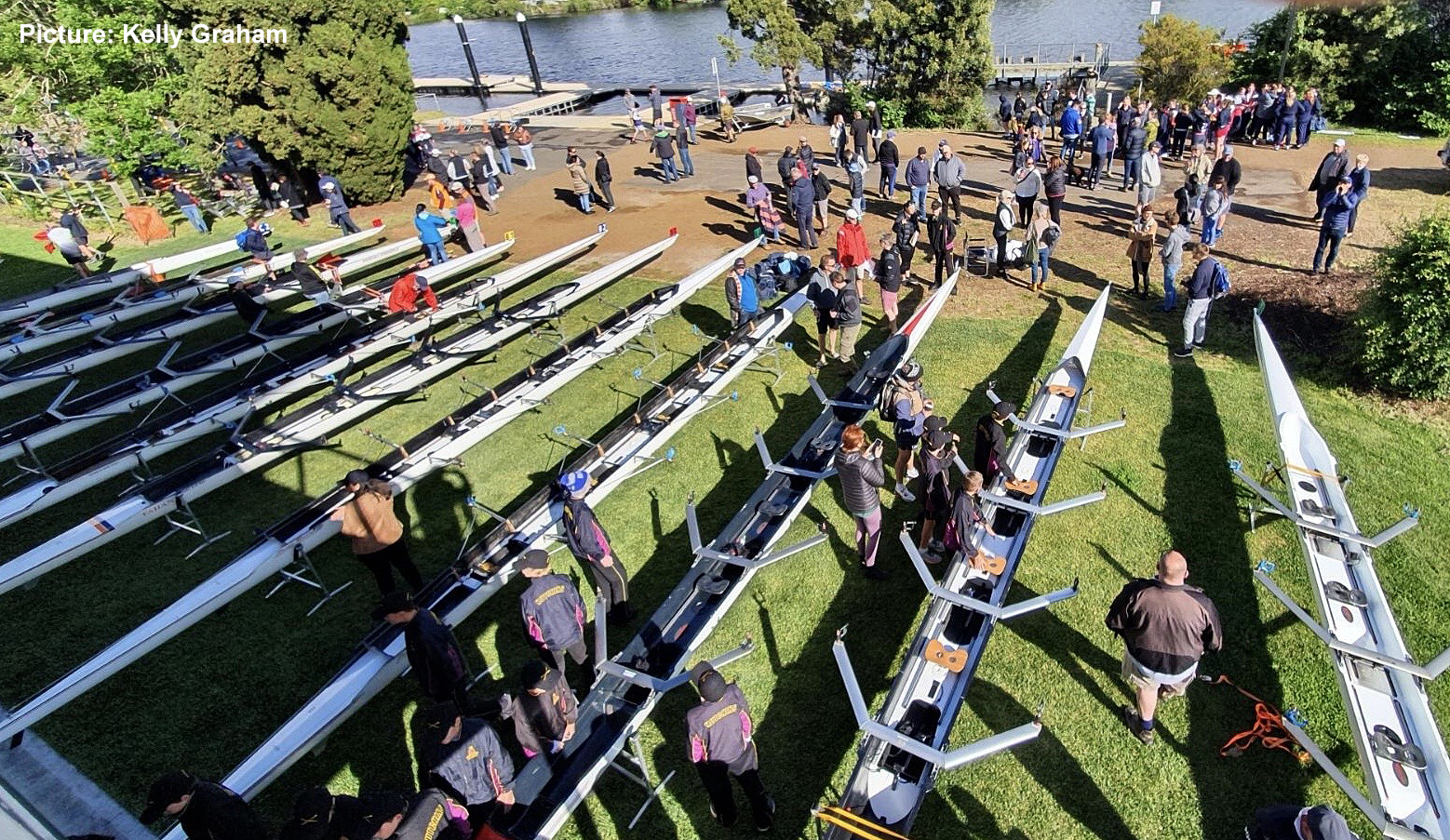