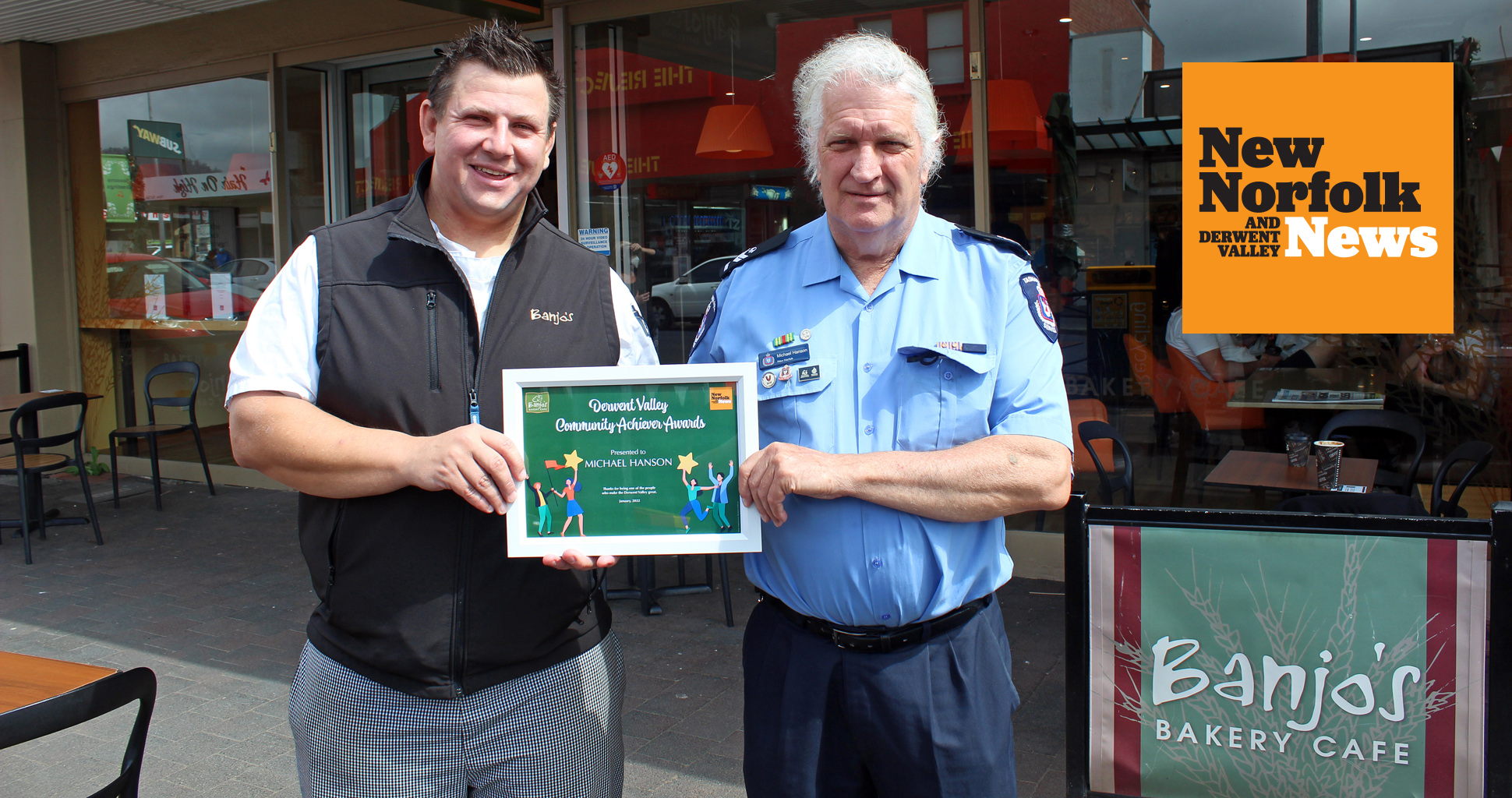 In the News: Fireman is our latest community achiever

LONG-SERVING firefighter Michael Hanson is named as the sixth recipient of the Derwent Valley Community Achiever Award in tomorrow’s New Year issue of the New Norfolk and Derwent Valley News. This is the 27th print edition of the newspaper since its launch 18 months ago.

He has responded to some of the Derwent Valley’s most significant blazes in the last four decades including major bushfires, several hop-kiln fires, and the Banjo’s Bakery and Fairview Primary School incidents. He also has a remote area firefighting role in his working life as a field officer with the Tasmania Parks and Wildlife Service. His volunteering with the New Norfolk Fire Brigade also includes responding to incidents such as fuel leaks and spills and crash scenes in support of other emergency services.

Michael’s dedication to the Tasmania Fire Service has been recognised with the awarding of the National Service Medal and clasp, and the Tasmania Fire Service volunteer medal. In 2009 he shared in the awarding of the Pride of Australia Medal’s heroism award to the New Norfolk Fire Brigade in recognition of the efforts of members involved in the rescue and resuscitation of two people from a house fire in New Norfolk.

The monthly winners will be featured in the newspaper and will receive a Banjo’s voucher and a 12-month subscription to New Norfolk and Derwent Valley News. Nominate a local hero today by emailing letters@newnorfolknews.com, or drop a letter into the box near the coffee machine at Banjo’s Bakery Cafe, 30 High St, New Norfolk. Previous recipients were Tim Size, Tidy Towns Committee, Pauline Ackerly, Matt Hill, Myfanwy Lawless. 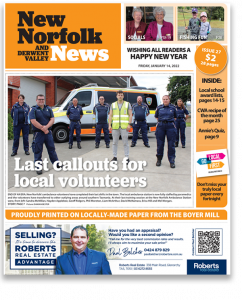 This latest issue of the paper is the first since Christmas and contains 28 pages of purely local news. There are more than 40 items in the paper, including two pages featuring the names of end-of-year award winners from local schools. We bring you up to date with the latest events at the Derwent Valley Council and provide a report from acting mayor Jessica Cosgrove. We introduce five potential candidates for next month’s by-election for a new mayor and councillor for the Derwent Valley. There are two puzzle pages, a two-page TV guide, plenty of sport, and another of Annie Warburton’s quizzes.

Readers in any part of Tasmania can ask their preferred newsagency to order them a copy via the Mercury as the distribution agent. New Norfolk residents can ask the New Norfolk Newsagency to organise for a paper seller to visit within the town boundaries. More distant readers might prefer to download a copy from newnorfolknews.com.

The ongoing support of readers and advertisers is greatly appreciated. Feedback on the paper is invited by emailing damian@newnorfolknews.com