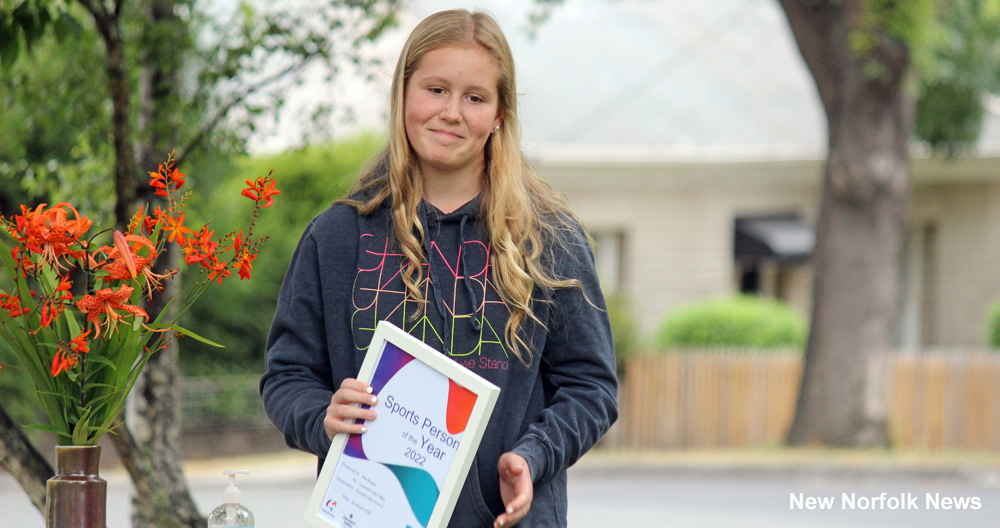 Australia Day sports award keeps it in the family

THE title of Derwent Valley Council Sportsperson of the Year for 2022 has gone to the sister of last year’s recipient. New Norfolk High School student Ailie Morgan, 13, was named as this year’s recipient at last week’s Australia Day Awards ceremony, with the baton passing from her older sister Kady.

If there is a sporting activity on offer, Ailie will be found enthusiastically taking part on it and pushing herself to do her best. She actively enjoys cross country running, competitive horseriding, cheerleading, basketball and football. She also enjoys fishing and camping.

The former St Brigid’s Catholic School student is a state champion in western horse events, placed fourth nationally with her cheer and dance team, and was named her basketball team’s best and fairest player last season.

Ailie loves to play football and last year played on a local interchange with Claremont, on loan from New Norfolk. Her Under-13 team was runner-up in the ground final and she was named best-on-ground.

Ailie is in second place behind her sister Kady for the most games played for girls in the New Norfolk Junior Football Club, playing a milestone 75th game last season.