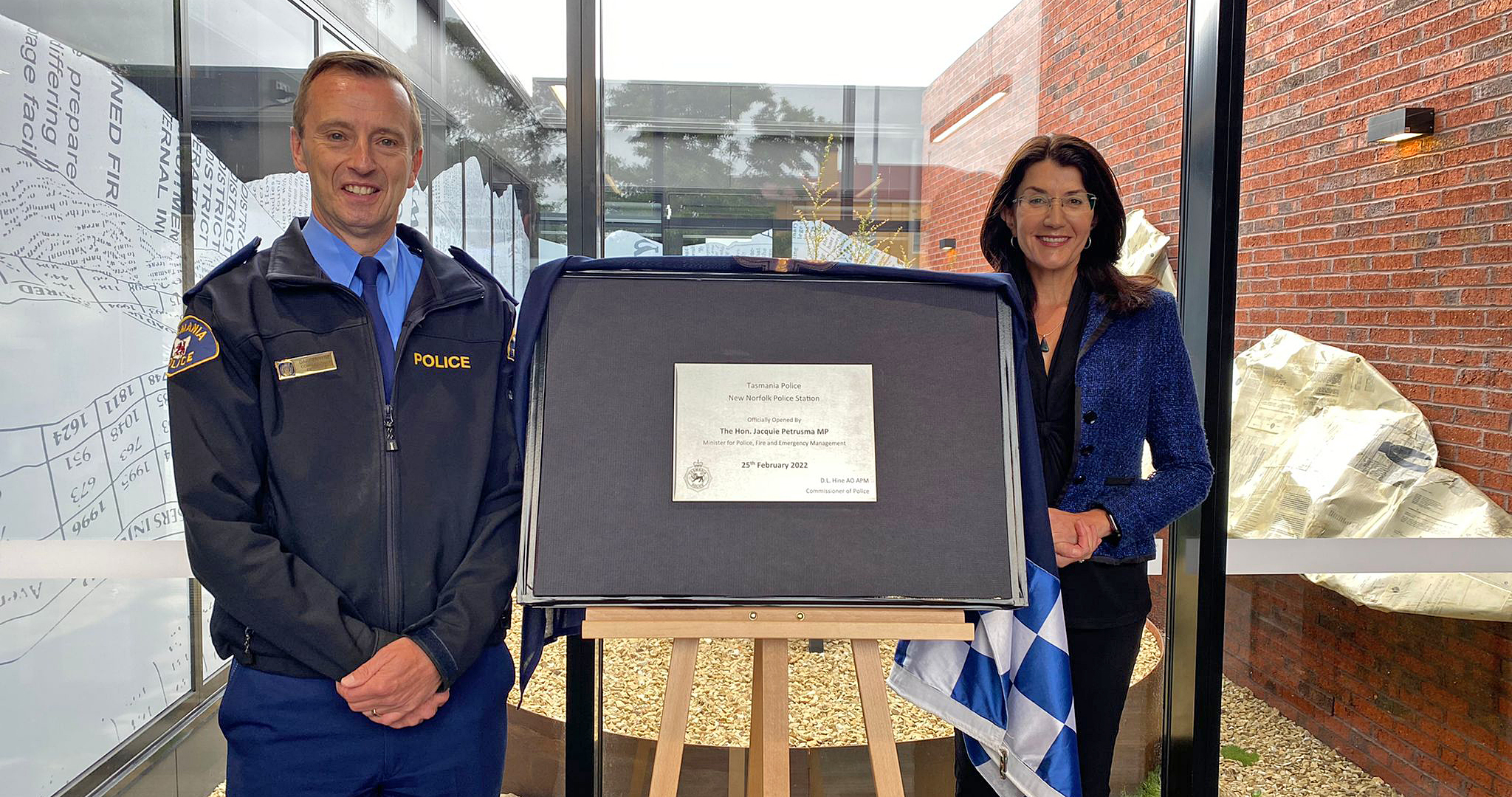 Police commissioner Darren Hine thanked the State Government for the $5 million investment. “This is a new police station. The last one lasted us 50 years [and] this will obviously lead us into the future to continue to become a modern, well-resourced police service,” Mr Hine said.

“Our police officers have been involved in the design and development from the the ground up of this police station, so it is fit-for-purpose and we thank the architects and the builders and also our staff involved in developing this police station. As you can see, it is state-of-the art. It is a modern, refreshing police station. We are proud of it, the community can be proud of it, to make sure we provide a modern, contemporary professional police service to the Derwent Valley community.”

Mr Hine said 14 police officers would work from the new station. “In 2014 we increased the number by five extra police officers,” he said. “There are two sergeants here who support the constables that are working from this station.”

Mr Hine said the New Norfolk Police Station was one of the most modern in Tasmania and was contemporary with others across Australia. He said the building was “future-proofed” and could accommodate additional police officers if required in the future. “If there was a major incident here we can bring quite significant resources here to deal with that major incident and be well accommodated, as sometimes we have to do, whether it’s a flood, a bushfire or any other situation we may be dealing with.”

The new station replaces the previous building which opened in 1967. The Bathurst St site has been the location of local policing services since colonial times. Mrs Petrusma said the station would serve as a central space for the town, with a 3D artwork to be installed in front of the existing sycamore tree at the site, as part of the Tasmanian Government’s Art Site Scheme. “This will help ensure the station is a positive addition to the New Norfolk streetscape for many years to come,” she said.