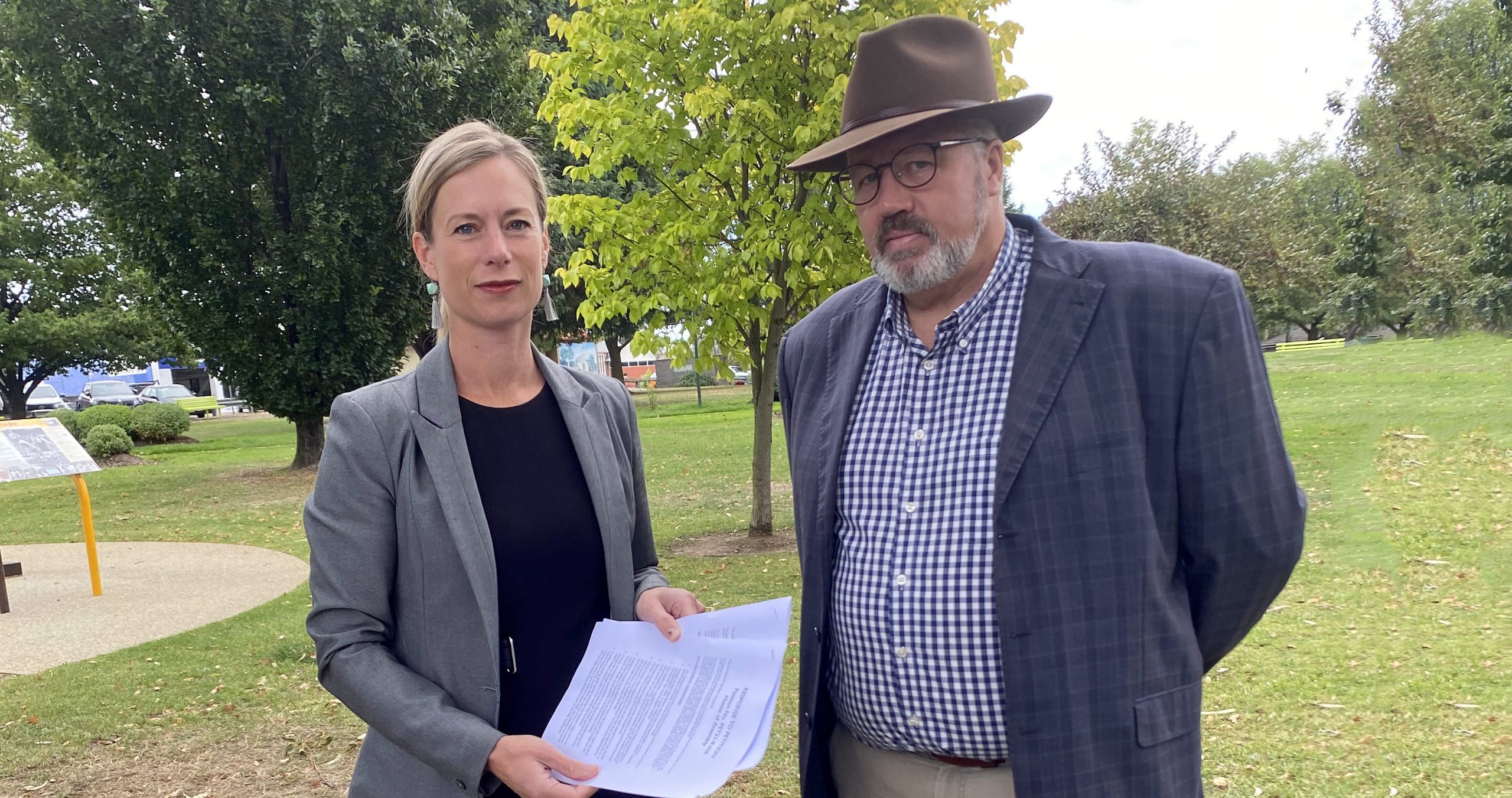 Labor calls for better use of New Norfolk’s district hospital

THE New Norfolk Hospital and others like it around the state could be better used to provide emergency services and take pressure off the Royal Hobart Hospital, state Opposition Leader Rebecca White said in New Norfolk earlier today.

“The New Norfolk Hospital, like many regional hospitals across Tasmania, could be better staffed to provide services to Tasmanians after hours and on the weekend. But unfortunately, this government doesn’t think that’s a priority,” Ms White said.

“The residents here in the Derwent Valley community signed a petition with 3300 residents putting their name to the government, calling for better utilisation of the New Norfolk Hospital,” she said. “Despite the fact so many people signed this petition, the government’s response to it has been a failure to commit to improving any of the services that we’re called for.

“Tasmanians living in regional parts of our state know how hard it can be to get in to see a GP, even if their books are open. They know how hard it can be to get into the city if they need emergency care. What we identified is that we can better use our regional hospitals. They can be staffed with nursing practitioners to provide after hours care and weekend care so that people, if they have a fever, if they have a cut, can get access to healthcare where they live.” Ms White said.

Ms White said it was disappointing that the government seemed to have once again rejected calls from the Derwent Valley community to expand services at the New Norfolk Hospital, with a petition signed by more than half of the town’s population. “The government’s refusal is dismissive of a big effort by community members like Bill Dermody who has spent the past three years lobbying and collecting signatures in support of adequate local health care for residents in the Derwent Valley,” she said.

Mr Dermody this week thanked health minister and deputy premier Jeremy Rockliff for addressing the most recent petition in parliament earlier this month but said the minister seemed to misunderstood the points it raised: calling on the State Government to introduce nurse practitioners at the New Norfolk Hospital on full cover 24 hour per day, seven days per week, rather than the weekday inpatient coverage provided at present. The petition also called on the government to lobby its federal counterpart to reschedule New Norfolk’s health service classification which is currently the same as Hobart.

In State Parliament this month, Mr Rockliff said the State Government had committed $26.7 million to boost staffing and equipment at regional hospitals including New Norfolk; that the hospital already had a nurse practitioner on weekdays for inpatients; that New Norfolk had a 24-hour ambulance service; that only three emergency presentations to the Royal Hobart Hospital each day lived closer to New Norfolk than Hobart; that Corumbene Care was building a health hub and The Mills development proposed a 100-bed hospital in New Norfolk; and the State Government was continuing to raise the issue of New Norfolk’s federal health classification due to its impact on local health providers.

Mr Dermody said the minister had not said exactly what was to be introduced at regional hospitals under the goverment’s 2021 election promise. “The New Norfolk Hospital should have nurse practitioners introduced there 24/7 to allow people to present when they are unable to access a GP or other health service,” Mr Dermody said. “If people presented, they could be admitted by the nurse practitioner who could then intervene with the persons health issue and converse with the person’s GP.

“If this occurred after hours and/or on weekends and they diagnosed a major health issue, they could then do a video conference with a doctor at the Royal Hobart Hospital and if the doctor wishes the person to be admitted at the RHH, then the nurse practitioner’s intervention will be continued until an ambulance was available and would then mean the person would be immediately admitted. If admitting was not necessary, the nurse practitioner could prescribe and provide medications, organise X-rays and/or, refer the person to a specialist and be in contact with the person’s GP,” Mr Dermody said.