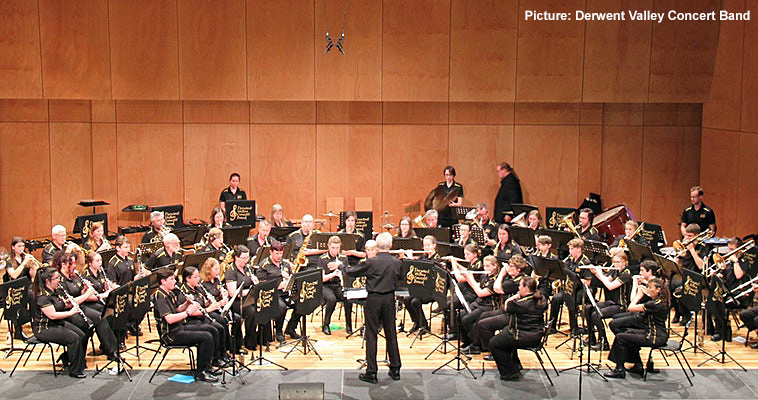 WORDS of Note is the title of the Derwent Valley Concert Band’s first public concert of this year, which will be given at the Stanley Burbury Theatre this Sunday. It is the first full concert performance since the start of the coronavirus pandemic.

It is a wonderful variety of thoroughly enjoyable concert music that has been inspired by quality literature. These words and stories were written down as long ago as the 5th Century BCE, through the ages, and into the 20th Century.

Ralph Vaughan Williams composed incidental music to The Wasps, a satirical play by Aristophanes. We are playing the overture. Puccini’s Witches’ Sabbath is from his opera La Tregenda, and American Carl Davis composed absolutely delightful music for the 1995 BBC television series Pride and Prejudice – from the incredibly popular novel by Jane Austen. With Sophy Greenlees playing piano, and assistance from Sarah and Alexander Okenyo as narrators, this will be one of the highlights of the performance.

And there is more: an absolutely stunning version of Be Thou my Vision by composer David Gillingham; the story of Rapunzel gets a charming treatment; and there is a fascinating piece entitled The Magic of this Dawn by Dharug/Eora Aboriginal man Dr Christopher Sainsbury who is the senior lecturer in composition at the Australian National University.

As is the case with many, many bands, choirs, and orchestras around the world at present, the DVCB will be including the music of Ukrainian composers, Dmitri Bortniansky and Mykhailo Verbytsky, to show our support for the people of Ukraine given the catastrophic events they are currently enduring.

Tickets are $5 for under-18s, $10 for adults and $20 for a family of five. Tickets are available online at Eventbrite. The concert starts in the Stanley Burbury Theatre, University of Tasmania, at 3pm on May 22. A pre-concert performance by the Derwent Valley Wind Quintet, starting at 2.30pm, will be followed by the main program.

Be Thou my Vision
Music: arranged by David Gillingham, poet: attributed to Dallan Forgaill