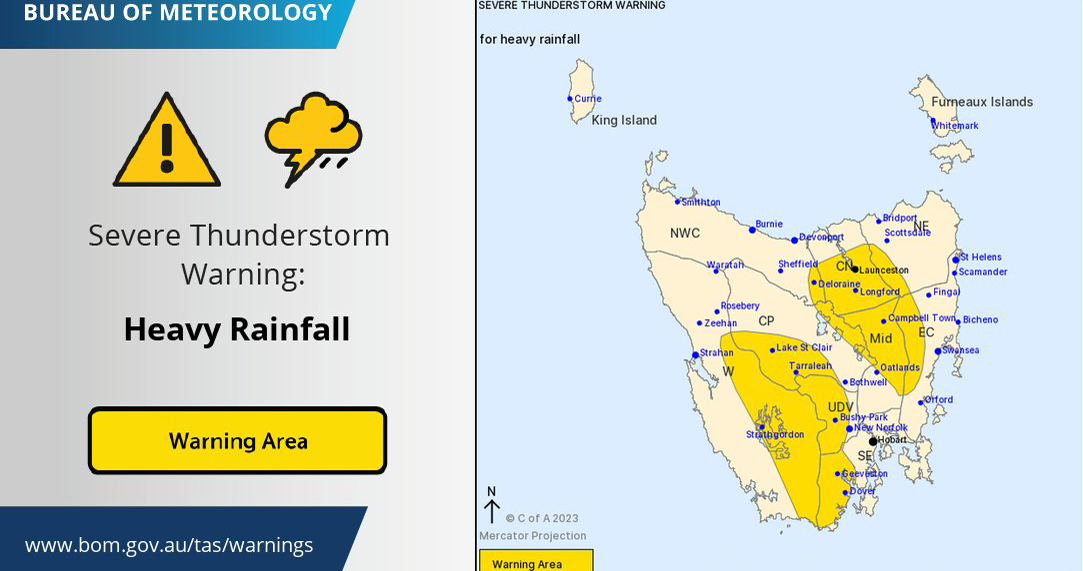 Weather Situation: A trough lingering over Tasmania with very humid air is generating slow moving showers and thunderstorms across the state, leading to isolated heavy to intense rainfall.

Severe thunderstorms are likely to produce intense rainfall that may lead to dangerous and life-threatening flash flooding over the next several hours in the Upper Derwent Valley and parts of the Western, South East and Midlands districts. Locations which may be affected include New Norfolk, Ouse and Bushy Park.

The State Emergency Service advises that people should:
* Avoid driving, walking or riding through flood waters.
* Seek shelter, preferably indoors and never under trees.
* Avoid using the telephone during a thunderstorm.
* Beware of fallen trees and powerlines.
* For emergency assistance contact the SES on 132500.

The next warning is due to be issued by 10:10 pm. If severe thunderstorms develop in Hobart and Surrounds, a more detailed Severe Thunderstorm Warning will be issued to people in this area. Warnings are also available through TV and Radio broadcasts, the Bureau’s website at www.bom.gov.au or call 1300 659 210.